Two huge achievements showcase why the Adelaide Hills club is one of the most vibrant, innovative and passionate clubs in our Zonta world.

In 2014 the Birthing Kit Project started in the Adelaide Hills club won FIRST prize for the best District Service project worldwide at the Zonta International Convention in Orlando. Read more – link to our programs page which also then has a link to the BKFA website. Read more.

In 2014 the Expect Respect program started in the Adelaide Hills club won 6th Prize out of over 1200 clubs for addressing Violence Against Women in the community. Read more.

These are just two of many programs supported by the club.

We are women working together to improve the legal, political, economic, educational, health and professional status of women at the global & local level through service & advocacy.

The Zonta Club of Adelaide Hills has supported local as well as international projects. We also enjoy fellowship amongst members through club activities and fundraising events.

The Objects of Zonta International to which we subscribe are:

Zonta International, its districts, and its clubs shall be nonpartisan and nonsectarian.

Membership is open to anyone who wants to help to improve the lives of women and girls and to celebrate their achievements.

Zonta offers you the opportunity to:

Members are expected to actively support their club through attendance at meetings, participation in fundraising events and involvement on committees amongst other things. Members often enjoy speakers of interest at dinner meetings as well as the conducting of monthly club business.

Although membership in Zonta is by invitation, if you are interested in becoming involved in Zonta and its projects please complete the contacts section below. One of our members will contact you to answer any questions you might have and to invite you to attend a meeting to see what we are about, and should you wish, after attending 3 meetings, invite you to apply for membership.

We look forward to hearing from you.

If this sounds like something you would like to be involved in please complete the form with  your details and one of our members will contact you to answer any questions you might have.  You will then be invited to attend 3 meetings and if the club meets your interest, an application for membership will be offered.

We look forward to hearing from you. 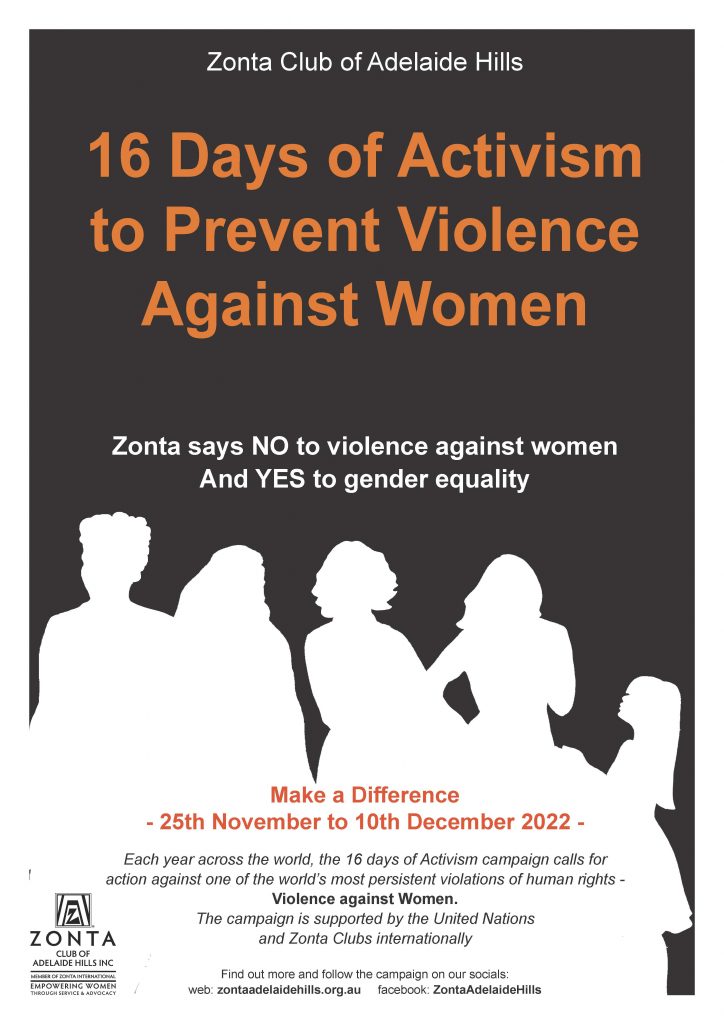 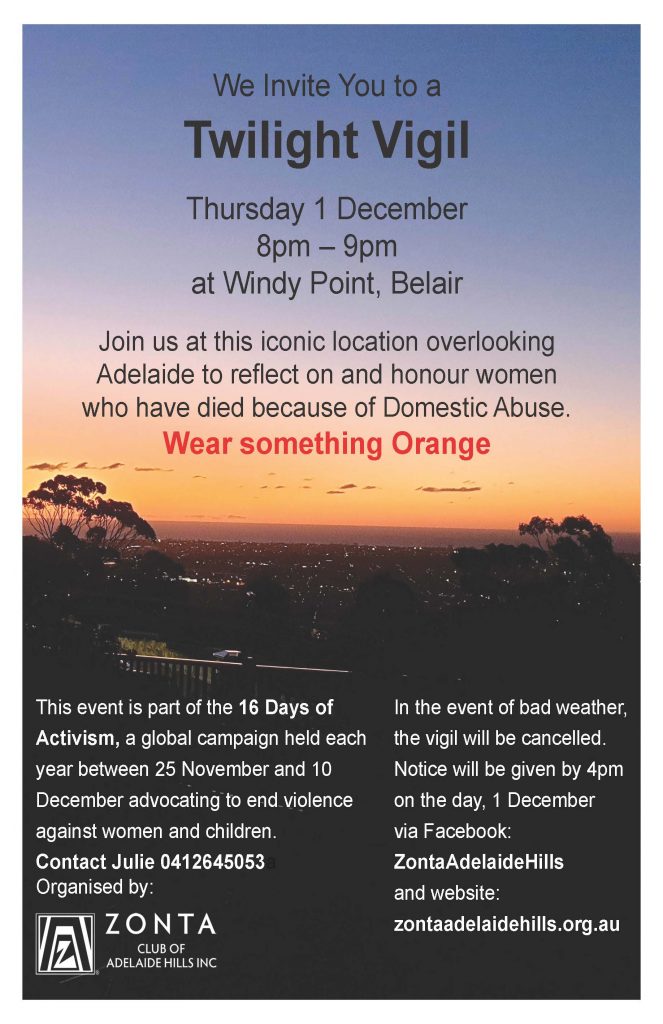 If you are interested in coming to our fundraisers please get in touch with us at:  zcahills@gmail.com

16 Days of Action to Prevent Violence Against Women:

On 25 November 1960, sisters Patria Minerva and Maria Teresa Mirabal, political activists who actively opposed the cruelty and systematic violence of the Trujillo dictatorship in the Dominican Republic, were clubbed to death and dumped at the bottom of a cliff by Trujillo’s secret police.

In commemoration of their deaths, 25 November was declared International Day for the Elimination of Violence against Women in Latin America in 1980 and was formally recognized by the United Nations in 1999. During these days there is a focus on activities raising awareness of the prevalence of violence against women and encouraging people to take action. The colour orange has become recognised worldwide as synonymous with these days and people dress in orange around the world, buildings and monuments are lit in orange to indicate support for this cause.

Our club contributes to the awareness campaign by displaying Orange Lady cutouts throughout the community with information brochures and posters.

See the local Blackwood Businesses how are supporting us this year: 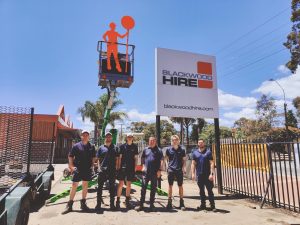 The team at Blackwood Hire, with "Allanah" the orange Lady. The support from Businesses in Blackwood to host a ‘little orange lady’ in their businesses has been incredible this year. The public will notice lots of orange in the shops from 25th November to 10th December. 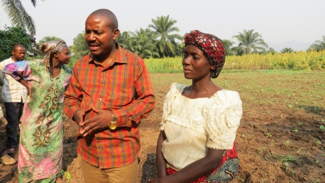 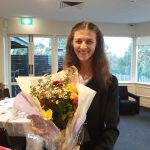 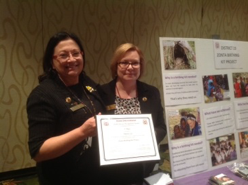