What is Louise Place?

Louise Place is a 24 hour supported accommodation facility for young, single women (18 years and under) who are pregnant or parenting. These young women have come from abusive home environments and have been subject to repetitive physical and sexual violence. Some of the women are as young as 13 years. They usually arrive traumatised, confused, lonely and often scared. Louise Place provides them with a safe environment to learn new skills to live independently, to gain emotional and pregnancy support and to learn parenting skills. These services are provided to approximately 30 young women per year.

The Zonta Club of Adelaide Hills Inc. has partnered with Louise Place to assist in achieving independence through the “Getting Started Baskets”. Each young woman who transitions through the Louise Place program will receive a basket to take with them into their independent living environment. As the goal of Zonta International is to “Enhance the Status of Women”, the Zonta Club of Adelaide Hills members believe that this simple project will make a huge difference to the lives of young women who are embarking on a new journey with their new baby. Our gift will be a symbol of caring, understanding and hope for their futures. 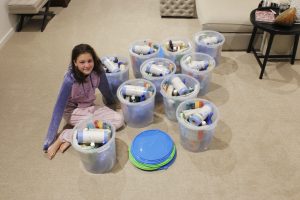 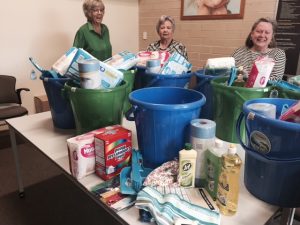 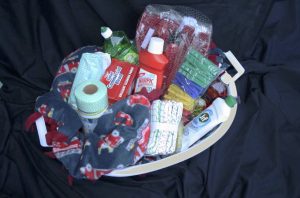 The Zonta International convention in Orlando USA in 2014 celebrated the work and commitment of 1200 clubs world-wide. At this convention the  Zonta Club of the Adelaide Hills’ Expect Respect project was awarded 6th place for an outstanding service project to improve women’s lives.

The Zonta Expect Respect Project is a Primary Prevention strategy that takes the issue of family violence to a community level. It benefits women and their children in the community by providing a forum to challenge the historically-entrenched beliefs and behaviours that create power imbalances that can lead to violence against women.

The project was run as a pilot in 2012, modelled on a similar project conceived by the Zonta Club of Beaudesert in Old, and has been expanded in subsequent years with great success. The project has received an award at the 2014 Zonta International Conference for Outstanding Service, a Zonta District 23 Service and Advocacy Award in 2017, and the S.A. Premier’s Community Service Award in 2014 and 2017.

The Zonta Club of Adelaide Hills’ project is targeted at children in years 4 and 5 at Mount Barker Primary School and Mount Barker South Primary School and is incorporated into the school health curriculum. The children are introduced to the issue of respectful relationships and the rights of the child during a workshop run by Mount Barker Police and a Child and Adolescent Mental Health Service Counsellor. The workshops encourage respect for all, introduce the concept of gender equality, cultural diversity, and challenge stereotypical gendered roles. Posters are produced by the children reflecting the learning and these are used to produce a calendar for distribution in the community.

The community focus of the project ensures maximum visibility with a two week display of the children’s artwork in the Council Public Library, with Zonta information featuring prominently.

Young adults from local secondary schools receive education to highlight the issue of domestic violence and both groups of school children take part in a public event in Mount Barker on White Ribbon Day to demonstrate their commitment to cultural change in attitudes and to receive recognition by the community for their work and for their interest in their civic responsibility.

What is an I Care Bag?

The “I Care” bags are given to the Domestic Violence & Aboriginal Family Violence Gateway Service who distribute them to women & children in crisis situations who may have to spend time in a motel or shelter accommodation and arrive with nothing.

We have been supporting this project since 2007.

The bags contain an assortment of items, many of which have been donated including: 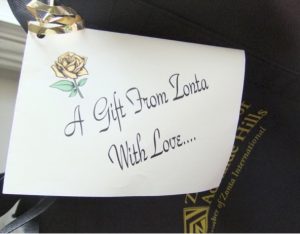 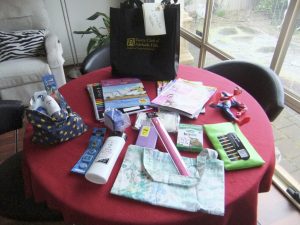 Every girl in the world deserves education, safety, and dignity.

What are Days For Girls packs?

Days for Girls  helps girls gain access to quality washable feminine hygiene packs and health education, by direct distribution of sustainable feminine hygiene kits, by partnering with non-profits, groups and organisations by raising awareness and by helping communities around the world start their own programs. They are provided as a community service for young women in developing countries.

Thanks to a global grass-root network of thousands of volunteers and supporters on 6 continents, the Days 4 Girls have reached women and girls in 100 countries on 6 continents.

How does Zonta help?

The Zonta club fundraises for the material costs and holds sewing bees where members gather to make the packs. It is a hands-on project for those who enjoy fellowship and the opportunity to sew.

In developing countries young girls miss school once they start menstruating as they have no sanitary pads. This usually leads to them falling behind in classes and eventually dropping out. Culturally they are considered more useful at home and an education is not useful as they will soon marry and have children. If, however, they can stay at school because they have sanitary wear, and they can keep up with their school work, they have a greater chance of completing their education and being employed.

It gives dignity back to the girls and helps them complete their education.

A simple bag of items that costs less than $10 changes lives in such real ways. 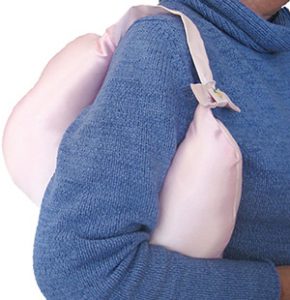 The Zonta Breast Care cushions are provided as a community service, as comfort to women (and men) in the post-operative phase of breast surgery, more often after breast cancer surgery. The cushion is used for support while sleeping, protection while shopping or from pressure of a seat belt, and for comfort.
Cushions are distributed to Adelaide and country hospitals in conjunction with other Zonta clubs as a District 23 project. Distribution in hospitals is by Breast Care Nurses. They are made by members and friends of Zonta Clubs. The feedback received from recipients has been positive, with one woman noting that receiving the cushion was a turning point for her in helping to change her outlook and feel more positive.

Throughout the year Zonta Clubs in this District and others in Australia hold sewing bees to make these sought-after cushions. It is a wonderful fellowship afternoon making these cushions. In 30 years the Adelaide Hills club has made over 600 breast cushions.

1. Help at a sewing day.
2. Donate money to buy the satin and wadding.

The project became the Zonta District 23 Birthing Kit project in 2004.

It has grown into a Birthing Kit Foundation which as now supplied over 2 million kits to women in remote regions of over 30 countries.

In 1999 the first 100 kits were sent to PNG. They proved to be so effective in reducing maternal and child deaths that thousands more were requested.

We have now celebrated over 2.4 million kits made by volunteers in Australia and distributed into 30 countries.

We have organised another 170,000 kits to be made in-country in Vietnam, Ethiopia, and DR Congo.

We have also trained over 10,000 Traditional Birth Attendants.

The Birthing Kit Foundation is addressing its environmental and social responsibilities by:

In the 22 years since this project started, there have been many achievements.  Many were transformative to communities and empowering for the women. Find out more on   www.bkfa.org.au/our-work/birthing-kits/our-achievements/

What is a Zonta Birthing Kit?

A Birthing Kit is a small transportable kit that holds the essential items needed to provide a safe and clean birthing environment.

These are distributed to women giving birth in remote regions of developing countries to be used by traditional birthing attendants.

The birthing kits are made at Assembly Days by Zonta members, family, friends and potential new members. 2000 birthing kits can be assembled in 4 hours with 40 volunteers. Zonta clubs make them in conjunction with schools, university students, Rotary clubs and church groups. Assembly Days are a wonderful opportunity for fellowship and for potential new members and friends to hear about our project.

How does the program work?

For every kit to be made the club donates $3 to the Birthing Kit Foundation for supplies to be sent to our Assembly Day coordinator. At a designated venue volunteers gather and assemble the supplies into kits. These are then boxed and sent to their destination.

The $5 pays for supplies, transport, logistics and support for community training programs of Traditional Birth Attendants.

Our club the Zonta Club of Adelaide Hills started the Birthing Kit Project.

In 1999 the first 100kits were sent to PNG and were so effective in reducing maternal and child deaths that thousands more were requested.

It grew over the next 4 years to become a National Zonta project in 2004 with an AusAID grant. By 2005 the project was in over 30 countries, distributing over 100,000 kits per year by volunteers. 98% of kits arrived at their remote destination. For volunteers, it was an amazing logistical exercise.

By 2006 the Birthing Kit Foundation (Australia) was formed with the original members of the Zonta Birthing Kit Committee being on the board.  For more information www.bkfa.org.au

In 2012 the project reached 1 million kits made by volunteers in Australia. To celebrate Dr. Luc Mulimbalimba our partner in DR Congo came to Australia to be the keynote speaker at all celebration events.

In 2018 – 19 the Foundation passed the 2 millionth kit made by volunteers in Australia and distributed to more than 30 developing countries.

In 2019 we also celebrated the 20th Birthday of the Birthing Kit Project.

Without the dedication and hard work of members of the Adelaide Hills Zonta club many thousands of women and babies would not be alive today. This project only survived with the dedication of a small group of women and the support of Zonta members across Australia.

The club is donating funds to the KIVA microfinance project. KIVA lets individuals lend as little as $25 to help create opportunity around the world. Check out their website for more details. KIVA http://www.kiva.org/home